The situation is bleak. Wherever we look in the world, fascism seems to be on the ascendant. From Trump and Bolsanaro in the New World, to PiS, Fidesz and the AfD in Europe, to UKIP and the Brexiteers in the UK and even Hannah Tamaki’s nascent Sustainability Party here in Aotearoa, fascists are organised, resurgent and gaining ever more political power. And it’s not just the political aspect of it: the media visibility of these petty tyrants emboldens other white supremacists and makes life more dangerous for the targets of fascism.

Take for example Stefan Molyneux, the white supremacist and race scientist. While he and Lauren Southern were effectively opposed by public protest last June, the very fact that he is a wealthy public commentator is terrifying. His ideas have no scientific basis, vilify people of colour, queer people and women for no good reason and cause massive quantities of suffering for anybody who comes into contect with him. He deserves to be sitting in a darkened basement, spewing invective in a journal somewhere. Instead he has a youtube channel, gets media interviews with Patrick Gower and has a large group of fans fawning over him. This is a problem.

Jordan Peterson poses similar issues. While less overtly bigoted than some of the previous interlocutors I’ve mentioned, he provides a certain level of pseudo-intellectual cover to racist, misogynistic and queerphobic ideas.

“Never believe that anti-Semites are completely unaware of the absurdity of their replies. They know that their remarks are frivolous, open to challenge. But they are amusing themselves, for it is their adversary who is obliged to use words responsibly, since he believes in words. The anti-Semites have the right to play.

They even like to play with discourse for, by giving ridiculous reasons, they discredit the seriousness of their interlocutors. They delight in acting in bad faith, since they seek not to persuade by sound argument but to intimidate and disconcert. If you press them too closely, they will abruptly fall silent, loftily indicating by some phrase that the time for argument is past.”

Regrettably, people seem not to realise that this is what fascists are doing.

And these people in turn embolden petty fascists on the street. When people see that these attitudes are not swiftly and mercilessly shut down as they should be, it gives people like (name withheld for legal reasons) license to wander into a university computer lab and tell people that they should be gassed. It gives Adam Holland the courage to shout about building a wall during his mayoral campaign. And it gives any number of petty thugs the freedom to harass, assault and kill people of colour and queer people on the street. The situation is royally fucked.

So, what are your options? You could lie in bed hoping for death. You could give into nihilism and drink the night away before the inevitable collapse. You could even narcotise yourself with relentless consumption and the mass media.

Or you could do something about it.

I won’t lie and say that it’ll be easy; it’s some of the hardest and most painful work I’ve ever done. You will make bad mistakes. You will sometimes fall flat. You will get vilified in the press. And the chances of success aren’t high: a distressingly large number of people are covertly sympathetic to fascist ideas, and even more are complacent about the spread of fascism and white supremacy. Nonetheless, opposition is worth it. To oppose injustice allows you to stand with your head held high, and above all, it protects your honour and your dignity. You might suffer. You might die. But at least you won’t have betrayed yourself and your comrades. Moreover, the victims of fascism deserve your support and solidarity. Even if you can’t stop the worst of the suffering, seeing other people standing in support is of vital importance to staying sane. And finally, even if it’s unlikely, change is possible. After all, though it was at great cost in lives lost, the fascists lost the first time around.

There are many groups active in New Zealand that oppose fascist and white supremacist activity, each in their own way. Join one of them. If none of them appeal, start your own. And show the fascists that they’re bound to lose.

Paparoa is one of the groups fighting against white supremacy in New Zealand. If you’re interested in joining, click here. 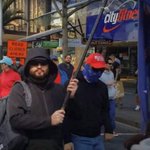 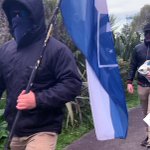 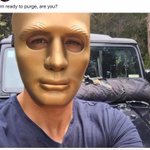